Oregon Woman Survived 7 Days In The Wreckage Of Her SUV 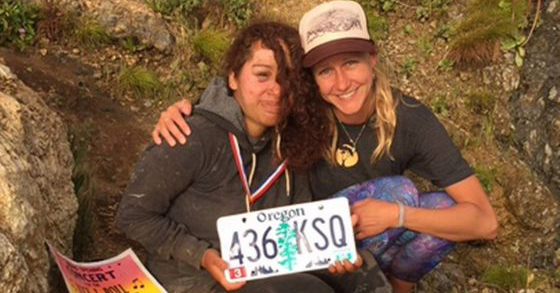 A woman from Oregon was found alive after crashing her SUV in Big Sur, California.  Angela Hernandez survived for seven days in the wreckage of her Jeep Patriot by siphoning water from a nearby creek.

Using the radiator hose of the crashed vehicle, Hernandez was able to siphon water from the creek at the bottom of a rocky oceanside cliff in Big Sur, California.  That alone kept her alive for seven days, according to multiple media sources.  According to CNN, Hernandez, who is only 23-years-old, was able to walk and talk once found, although she injured her shoulder in the crash. John Thornburg, the public information officer for the sheriff’s office in Monterey County, California confirmed the information.

Oregon Woman Survived 7 Days In The Wreckage Of Her SUV